Liao Chung-k'ai (1878-20 August 1925), Kuomintang financial administrator and chief architect of the Kuomintang-Communist alliance that resulted in the reorganization of the party along Leninist lines. At the time of his assassination in 1925 he held such posts as minister of finance, governor and financial commissioner of Kwangtung, head of the Kuomintang workers department, and party representative to the Whampoa Military Academy and the party army.

Born into an overseas Chinese family in San Francisco, Liao Chung-k'ai received his early education in the United States. His father was a businessman, and the young Liao apparently grew up in comfortable surroundings. At the age of 17 sui, Liao accompanied his mother, who was ailing, to Hong Kong. There he married Ho Hsiang-ning (q.v.), whose father was a wealthy and prominent tea merchant. Financial assistance given the young couple by the Ho family enabled them to go to Japan in 1902 for further education. In Tokyo, Liao studied political economy at Waseda University. Liao and Ho soon became interested in the anti-Manchu revolutionary movement of Sun Yat-sen, and, after meeting Sun in the summer of 1903, they became active supporters of his cause. Liao made a trip to Canton with Hu Han-min (q.v) in the summer of 1905 and joined the new^ly established T'ung-meng-hui soon after his return. By this time, Sun Yat-sen had become interested in the ideas of the American economist Henry George, and he asked Liao to translate part of George's Progress and Poverty. Liao's translation of the preface to that work appeared under the pen name T'u-fu in the first issue of the T'ung-meng-hui's Minpao [people's journal], which began publication in November 1905. Other early writings of Liao reflect an interest in socialist and, to a lesser extent, anarchist ideas. A few months later, again at Sun's behest, he went to Tientsin, w'here he collaborated with a French military attache named Boucopaix in gathering information about anti-Manchu activities in north China. At the conclusion of this mission, he returned to Japan, where he studied economics at Chuo (Centralj University. After concentrating on his studies and graduating in 1909, he made another trip to China, where he took a special examination which gained him the title of chü-jen. He then served on the staff of Ch'en Chao-ch'ang, the Chinese border defense commissioner in Kirin province, who was negotiating with the Japanese for the recovery of the Yenki area on the Manchurian-Korean border.

When Kwangtung province declared itself independent of Manchu rule after the Wuchang revolt of October 1911, Hu Han-min became its military governor. Hu asked Liao Chungk'ai to assume responsibility for the financial administration of the province. Liao accepted this offer and moved his family to Canton. He worked with great dedication and suggested many basic economic reform measures for Kwangtung province; but these had relatively little effect, as few reforms were actually carried out.

After the so-called second revolution of 1913 collapsed, Liao and other Kuomintang leaders sought refuge in Japan. Liao's wife and children accompanied him, and they maintained residence in Tokyo until 1923. After Sun Yat-sen reorganized the Kuomintang as the Chung-hua ko-ming-tang in 1914, Liao assisted him by managing the party's finances and by helping to plan party activities. He returned to China with Sun Yat-sen in March 1916. After the death of Yuan Shih-k'ai in June, Liao and Hu Han-min were sent by Sun to Peking to discuss national affairs with the authorities there. Liao followed Sun to Canton in 1917, where he was again placed in charge of the area's finances and consolidated his reputation as the Kuomintang's leading financial expert. Toward the end of 1918, when Sun Yat-sen became dissatisfied with his position at Canton, Liao and a few close supporters accompanied him to Shanghai. In 1919 and 1920 Liao expounded and elaborated on Sun's economic theories in the new periodical Chien-she tsa-chih [reconstruction magazine], which first appeared in August 1919. A major theme of these articles was that China, which had been oppressed by industrial retardation and foreign imperialism, should develop its national economy along socialist lines. Liao argued that such a course would require economic controls to restrain private capitalism and to equalize land tenure and w^ould necessitate the organizing of consumer cooperatives to alleviate the anarchy of production inherent in a laissez-faire economy. His writings on the subject of monetary revolution and reconstruction, which advocated the abandonment of hard currency for paper currency, foreshadowed China's currency reform of the 1930's. Liao also helped Sun Yat-sen to round out his political philosophy by translating Delos F. Wilcox's Government by All the People into Chinese as Ch'üan-min cheng-chih. Sun drew heavily on this material in formulating and developing his principleof min-ch'üan [people'sdemocracy] .

In May 1921, when Sun Yat-sen became president extraordinary at Canton, he named Liao Chung-k'ai vice minister of finance—the ministry being under the nominal headship of Wu T'ing-fang—and finance commissioner of Kwangtung province. Liao's primary responsibility was to raise sufficient funds to finance Sun Yat-sen's military campaigns. Although Liao was removed from his financial posts after Sun Yat-sen and Ch'en Chiung-ming (q.v.), the governor of Kwangtung, came into conflict about provincial administration. Sun restored him to his posts after dismissing Ch'en from the governorship in the spring of 1922. When supporters of Ch'en effected a coup at Canton in June 1922, forcing Sun Yat-sen to flee Canton, Ch'en imprisoned Liao at Sheklung for two months.

For several years, Liao had been interested in socialism and the Russian Revolution. By 1922, Sun and Liao had begun to discuss the possibility of cooperating with the Soviet Union so that they could obtain aid from the Russians. In January 1923, following Sun's preliminary discussions in Shanghai with the Russian diplomat Adolf Joffe and the publication of the Sun-Joffee manifesto, Joffe went to Japan. Liao Chung-k'ai went to Japan about the same time on the pretext of visiting his brother Liao En-t'ao, who was a diplomat representing the Peking government in Tokyo. Liao Chung-k'ai and Joffe held discussions at the hot springs resort of Atami and apparently worked out a detailed plan of cooperation that included an agreement on the admission of Chinese Communists to the Kuomintang. While Liao was in Japan, Ch'en Chiung-ming was ousted from Canton, and Sun Yat-sen returned to Kwangtung to establish a new military government. Liao returned to China with his family in May 1923 and assumed office as minister of finance and governor of Kwangtung. As plans were formulated for the reorganization of the Kuomintang along Leninist lines, his role in party affairs became increasingly important. In October he was appointed a member of the committee which was organized to carry out the party reorganization, and in November he went to Shanghai to confer with leaders of the various Kuomintang branch organizations. At the First National Congress of the reorganized Kuomintang, held at Canton in January 1924, he was elected to the Central Executive Committee and was appointed head of the workers department. Later in the year, he was also given a wide range of other major responsibilities: director of the Central Bank and head of the peasant department of the Kuomintang. In September he was given complete control of the finances of Kwangtung province.

In February 1924 Chiang Kai-shek had resigned as the head of a seven-man committee formed to establish a party military academy at VVhampoa, and Liao Chung-k'ai had been chosen to replace him. When the Whampoa Military Academy was inaugurated in May, Liao became its party representative and Chiang Kai-shek its commandant. As the senior political officer of the academy, Liao helped lay the foundations of the political commissar system used by the National Revolutionary Army on the Northern Expedition. This system later was used by both the Nationalist and the Communist armies in China.

By mid- 1924 Liao, as a favorite of Sun Yatsen and the chief architect of the Kuomintang- Communist alliance, had become one of the most powerful men in Canton. He was reappointed governor of Kwangtung in June but was relieved of that office in September so that he could serve effectively as minister of finance, financial commissioner of Kwangtung, and quartermaster general of the central armies. He assisted Chiang Kai-shek in suppressing the Canton Merchants Corps in October 1924 and in planning the first eastern expedition against Ch'en Chiung-ming in March 1925. By the time the eastern campaign ended. Sun Yat-sen had died in Peking. Liao and Chiang then moved to defeat the armies of Yang Hsi-min and Liu Chen-huan at Canton. After the incident of 23 June at Canton, when British and French troops fired on Chinese workers and students who were protesting the May Thirtieth Incident at Shanghai and killed 52 of them, Liao, as head of the Kuomintang's workers department, played a leading role in organizing and directing a strike and a boycott of British goods which paralyzed economic activity in the Canton-Hong Kong area and enabled the Kuomintang to consolidate its strength in Kwangtung province.

W'hen the National Government was inaugurated at Canton in July 1925, Liao Chung-k'ai became a member of the Government Council and one of three civilian members, the other two being Wang Ching-wei and C. C. Wu, of the Military Council, the highest military organ of the National Revolutionary Army. As the most influential supporter of Sun Yat-sen's policies of cooperation with both Russian and Chinese Communists, Liao had come to be identified as a leader of the left wing of the Kuomintang. Thus, his elevation to the Government and Military councils (he still retained his posts as minister of finance, governor and financial commissioner of Kwangtung, head of the Kuomintangworkers department, and party representative to the Whampoa Military Academy f and the party army) was regarded as a victory of the left wing of the Kuomintang over the right wing in the governmental reorganization of July 1925. This concentration of power in Liao's hands, and the firmness and energy with which he used his authority to further the revolutionary policies of Sun Yatsen, won him the enmity of many Kuomintang conservatives. On 20 August 1925 Liao Chungk'ai was assassinated as he stepped out of his automobile on his way to a meeting of the Central Executive Committee.

The persons responsible for Liao Chung-k'ai's death were never identified. A special investigating committee of Kuomintang leaders, including Wang Ching-wei, Hsü Ch'ung-chih, and Chiang Kai-shek, attributed the assassination plot to right-wing elements in the pay of the British. Also under suspicion were a cousin of Hu Han-min named Hu I-sheng and officers of the Kwangtung Army. Because of their connections with the suspects, Hu Han-min and Hsü Ch'ung-chih were obliged to leave Canton to escape public censure. Many other Kuomintang conservatives left Canton, and the left-wing leaders soon gained control of the National Government.

After his death, Liao Chung-k'ai was highly praised by many of his Kuomintang colleagues, including Chiang Kai-shek. He was particularly commended for his key role in the party reorganization of 1924, which prepared the way for the later Northern Expedition. Liao was also honored by Communist historians of the early republican period for his major contributions to the formulation of Sun Yat-sen's "Three Great Policies" of alliance with the Soviet Union, cooperation with the Chinese Communists, and organization of the worker and peasant masses.

Liao was survived by Ho Hsiang-ning and by their children, Liao Ch'eng-chih (q.v.) and Cynthia Liao (Liao Meng-hsing) . His daughter later became a secretary to Madame Sun Yatsen (Soong Ch'ing-ling) in Shanghai. After 1949, all three of them lived in the People's Republic of China.

A collection of Liao's correspondence, prefaces, and essays on economic and political topics was published in 1926 as Liao Chung-k'ai chi. A revised and enlarged edition appeared in Peking in 1963. 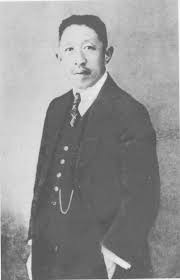