Liang Ssu-ch'eng (1901-), second son of Liang Ch'i-ch'ao who became an architect and a leading authority on the history of Chinese architecture. After 1945 he headed Tsinghua University's department of architecture, and after 1949 he served the People's Republic of China as a city planner and as vice president of the China Architecture Society.

Although his native place was Hsinhui, Kwangtung, Liang Ssu-ch'eng was born in Tokyo during the political exile of his father, Liang Ch'i-ch'ao (q.v.). He was the second of three brothers, the others being Liang Ssu-yung (q.v.), who became one of China's foremost archaeologists, and Liang Ssu-chung, who died in infancy. He also had two sisters. After the family returned to China, he attended the Hsing-hua Academy, entering in 1916, and Tsinghua College. In 1924 he went to the United States on a Boxer Indemnity Fund scholarship and studied first at Cornell University and then at the University of Pennsylvania, where he received a M.Arch. in 1927. After attending the Harvard Graduate School of Fine Arts in 1927-28, he returned to China to become a professor of architecture at National Northeastern University. In 1931 Liang was appointed a research fellow of the Institute for Research in Chinese Architecture, where for the next decade he carried out pioneering studies of China's building traditions. In 1932-33 he taught at Peking University and Tsinghua College. Liang devoted much of his time to research on the history of Chinese architecture and the traditions of building in China. Among his publications of this period are Ta-Cung ku-chienchu tiao-ch/a [survey of old buildings in Ta-t'ung] of 1933 and Ch' ing-tai ying-tsao tse-li [the rules of building during the Ch'ing dynasty] of 1934. He became a research fellow of the Academia Sinica in 1941. Five years later, he was made chairman of the department of architecture at Tsinghua. He went to the United States in 1947 as a visiting professor at Yale University, and he received an honorary doctorate from Princeton before returning to China in 1948. He was elected a full member of Academia Sinica in 1948. During the early postwar years Liang also served as architectural consultant on the proposed United Nations building in New York. Liang remained in Peking when that city was captured by the Communist forces in 1949. Three months after the capture of Peking in 1949, Liang was invited to take part in the drawing up of plans for redesigning the city. The rebuilding of the Huai-jen t'ang [hall of cherished benevolence], where the Chinese Communist party was to hold major meetings, was also entrusted to him. From that time until 1955, Liang carried out many party commissions in architecture. All along, however, he believed that the Communist party did not really understand architecture. He was particularly disturbed by the 1953 slogan "utility, economy, and, if conditions allow, beauty" and openly disputed its wisdom. In 1955, following a speech by Nikita Khrushchev on architecture in the Soviet Union, Liang was subjected to severe criticism for his efforts to utilize traditional Chinese architectural concepts and methods in his designs for new buildings and in his college courses and for his attitude toward the Chinese Communist party's direction of architectural policy. He was also criticized for protesting the destruction of certain Peking landmarks, such as the T'ien-an-men [gate of heavenly peace] and the Yü-lu-chieh [the imperial road], as part of the reshaping of Peking in accordance with modern city planning principles. During most of 1955, Liang was hospitalized and therefore was unable to reply to his critics. When he recovered at the end of that year, the Communists organized special discussion meetings to convince him of his errors, and Liang wrote a confession early in 1956. In it he attacked bourgeois architecture and affirmed his belief that the art of architecture is "a superstructure dependent on the foundation, which is economic." Liang further stated that his criticism of urban planning in Peking had been faulty because he had failed to realize that politics, not aesthetics, should be the primary consideration of the architect. He went on to praise the new ceremonial buildings in Peking because they so well realized the party directive of "utility, economy, and, if conditions allow, beauty." In 1957, during the Hundred Flowers movement, Liang spoke out for a more independent role for the architect, but he did not criticize the Chinese Communist party. In an article in the Jen-min jih-pao published on 8 June, he lauded the party as the prime force behind all of China's accomplishments since 1949, adding merely that he hoped that in the future the party, by heeding the well-intentioned advice of specialists, could accomplish even more and "come out with a clean new face, young and strong and even more lovable." Liang's article was in effect a defense of the party by an intellectual and a technical specialist. Coincidentally, the day after its publication, the Hundred Flowers policy was officially rescinded. Liang wrote an article for the 14 July 1957 issue oiJen-minjih-pao in which he again reviewed his past error in failing to recognize party leadership in architecture and expressed his deep thanks that a long article linking him to Hu Shih and Hu Feng (qq.v.) had been considered unsuitable for publication by the Jen-min jih-pao. He added that he was a member of the China Democratic League and that his daughter, on becoming a member of the Chinese Communist party, had declared that she wanted to be the daughter of a party member too. This, asserted Liang, was the filial piety of a good daughter in the new China.

On 14 November 1957 Liang was among the signatories of a statement in the Jen-min jih-pao which expressed the gratitude of Chinese architects to Soviet experts. With regard to Peking, the article asserted that "the brilliant results of city planning and construction cannot be dissociated from the altruistic help of the Soviet Russian people, government, and experts." In a 1959 article published in the Kuang-ming jih-pao Liang again expressed public gratitude to the party for correct leadership, adding that architects now understood "the line of the masses" and designed buildings accordingly. He reasserted his proposition in 1961 that although to a limited extent the effect of a building is achieved by the materials of its composition, the main factor is the artistic sense of social class. The discussions resulting from this statement centered around the questions of to what extent material determines form and how much deference should be granted in a socialist society to the wishes of technical specialists.

Liang Ssu-ch'eng also held political offices in the new Communist regime. In 1949 and 1955 he was elected to the Peking Municipal Council. When the China Architecture Society was formed in September 1953, he was elected one of the vice presidents of its executive board. He made an extended tour of the Soviet Union and visited Prague that year. He was a delegate to the First and Second National People's congresses. In May 1955 he was appointed to the department of technical sciences of the Academy of Science. He retained the chairmanship of the department of architecture at Tsinghua after that university was reorganized as a poly-technical university in 1952. In March 1959 Liang became a candidate member of the Chinese Communist party. His major contribution, however, lay in his careful study of the traditions of Chinese architecture, in which field he was a recognized authority. Many of Liang Ssu-ch'eng's former students held important posts as architects both in China and abroad. 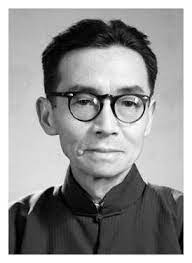