Liao P'ing (29 March 1852-6 June 1932), educator and controversial scholar of the Kungyang school of classical interpretation, which supported the chin-wen [new text] versions of the Chinese classics. His writings influenced such scholars as K'ang Yu-wei and Ku Chiehkang.

Chingyen, Szechwan, was the birthplace of Liao P'ing. His father tended cattle and later owned a small mill, but the family's financial situation remained such that all four children had to go to work. Because he was determined to acquire a classical education, Liao P'ing left home and went to live in a Buddhist monastery. He attended a local school and later went to Chengtu and studied under Wang K'ai-yün (q.v.) at the Tsun-ching Academy, where he was considered to be a brilliant student. He became a chü-jen in 1879 and a chin-shih in 1881. He refused an appointment as a magistrate because he wished to be near his ailing parents.

After returning to Szechwan, he taught at a number of provincial schools before settling in Chengtu, where he headed the Academy of Chinese Studies (Kuo-hsuehyuan) and taught at Chengtu Higher Normal College and West China Union University. Liao, who was a scholar of the Kung-yang school of classical interpretation, believed that the officially recognized ku-wen [old text] versions of the Chinese classics were inferior to the chin-wen [new text] versions of the Former Han dynasty. He upheld the authenticity of the Kung-yang and the Ku-liang commentaries and denounced the Tso-chuan as a forgery of the Han dynasty scholar Liu Hsin.

In 1886 his Chin ku hsueh k'ao [on the new text and the old text learning] was published, and it apparently came to the attention of K'ang Yuwei (q.v.). This work later was revised and published as two books, P'i Liu p'ien [treatise rejecting Liu Hsin] and Chih-sheng p' ien [treatise on knowing the sage]. In the second book, Liao argued that the authentic chin-wen texts revealed Confucius as an advocate of institutional change. After meeting Liao in 1890, K'ang Yu-wei published the Hsin-hsueh wei-ching k'ao [the forged classics of the Wang Mang period], in which he claimed to have discovered the forgeries of Liu Hsin. K'ang's book enhanced his scholarly reputation and provoked a storm of controversy which resulted in the banning of the Hsin-hsueh wei-ching k'ao in 1894. In 1897 he published the K'ung-tzu kai-chih k'ao [Confucius as a reformer], w'hich also adopted and developed Liao P'ing's ideas. Although Liao P'ing was distressed by K'ang's borrowings, he took no action against him.

According to Liao P'ing, his scholarly viewpoint passed through six stages. Accordingly, he called his studio the Liu-i-kuan [hall of six stages]. Even his close associates, however, had difficulty in understanding these changes. In general terms, he seems to have begun by accepting the theories of traditional scholars of the Latter Han dynasty, who made no attempt to challenge the Wang-chih [royal polity] or the Chou-li [rituals of Chou]. As evidenced by his Ku-hsueh k'ao of 1896, he came to regard the Chou-li as a fabrication of Liu Hsin. Later, in the Wang-chih chi-shuo [explanation of the Wangchih] and Huang-ti chiang-yü t'u-piao [the imperial domain, with charts], he concluded that the Wang-chih and the Chou-li had been utilized by the earliest emperors of China both to govern China and to provide guidance for the control of all nations on earth.

In addition to his classical studies, Liao P'ing wrote a number of books on geomancy and medicine. His works on the classics prior to 1897 were published in 14 volumes under the collective title Ssu-i-kuan ching-hsueh ts'ung-shu. In 1921 the Hsin-ting Liu-i-kuan ts'ung-shu, a greatly enlarged version of the earlier collection which also included a number of medical articles, was published at Chengtu. Liao P'ing retired from teaching in 1924. He died on 6 June 1932 at his home near Chiating, Szechwan. 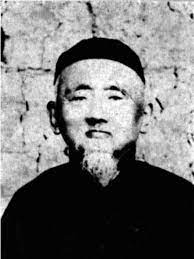