Liang Ssu-yung (1904-2 April 1954), the youngest son of Liang Ch'i-ch'ao, became one of China's foremost archaeologists. From August 1950 until his death he was deputy director of the research institute of archaeology of the Chinese Academy of Science at Peking. The youngest son of Liang Ch'i-ch'ao (q.v.) and Li Hui-hsien (d. 1924), Liang Ssu-yung was born in Shanghai, although his family had resided in Tokyo since 1901. His native place was Hsinhui, Kwangtung. Liang spent his early childhood in Japan and received a traditional education in the Chinese classics. After the family returned to China, he studied at the Hsing-hua Academy, entering in 1917, and at Tsinghua College. In 1921 he and his brother Liang Ssu-ch'eng (q.v.) joined with Hsü Tsungshu in translating H. G. Wells's Outline of History into Chinese. Liang Ch'i-ch'ao took part in this undertaking by helping the boys polish their writing. The resulting work was published in four volumes by the Commercial Press at Shanghai. In 1923 the two brothers were struck by a car in Peking, but they escaped serious injury.

Liang Ssu-yung went to the United States in 1924 on a Boxer Indemnity Fund scholarship and enrolled at Dartmouth College, where he majored in history. After being graduated in 1927, he returned to China, arriving in July. He had hoped to join the Hsia-hsien archaeological expedition in Shansi, led by Li Chi (q.v.), but the expedition had ended by the time he returned. However, the Tsinghua Research Institute, which had sponsored the Hsia-hsien excavations, appointed him an assistant professor, thus enabling him to make a study of the prehistoric potsherds recovered by Li Chi's expedition.

In August 1928 Liang went to the United States to do graduate work in archaeology and anthropology at Harvard University. He also received valuable field training by participating in the Pecos excavations in the American southwest, which were directed by Alfred V. Kidder. After receiving an NLA. in archaeology, he returned to China in the summer of 1930 and joined the staff of the institute of history and philology of the Academia Sinica.

In the autumn of 1930 V. K. Ting Ting ^ en-chiang, q.v.), a close friend and biographer of Liang Ch'i-ch'ao and the director general of the Academia Sinica, received a letter from the French cleric and paleontologist Father Teilhard de Chardin which said that a Russian employee of the Chinese Eastern railway had discovered a neolithic site near Ang-ang-hsi, Heilungkiang. He told Liang Ssu-yung of the discovery, and the institute of history and philology sent Liang to the site to investigate. From 30 September to 3 October, Liang, with the help of Lukashkin, the railroad worker, excavated the site. They found about 300 specimens of stone, bone, and pottery remains and uncovered two burial pits. Liang studied these finds and about 700 other specimens previously excavated by Lukashkin and concluded that the Ang-ang-hsi culture was an eastern branch of the Mongolian and Jehol microlithic culture. He then decided to return to Peiping by way of Jehol so that he could study other prehistoric sites. Starting from T'ungliao on 21 October, he headed west to Linhsi, then south to Ch'ifeng and Ch'angte, and arrived in Peiping on 27 November. He then went to Ch'eng-tzu-yai to assist Li Chi and VVu Chin-ting in excavating the Lungshan culture site.

In 1931 Liang joined Li Chi at the Houkang diggings in Anyang. The fifth series of excavations at Houkang, which began on 7 November and ended on 9 December, revealed the stratigraphical sequence of the Yangshao, Lungshan, and Yin remains for the first time. Liang contracted pleurisy in the spring of 1932 and was forced to spend two years in bed. He returned to work in the autumn of 1934 as field director of the Hsi-pei-kang excavations at Hou-chia-chuang, Anyang. Between 3 October and 29 December, four large tombs were opened, and more than a thousand stone implements were discovered. Liang concluded that Hou-chia-chuang was the burial ground of the Yin capital unearthed at Hsiao-t'un, and Li Chi agreed with him. A large-scale excavation of the new site was ordered, and the digging continued well into 1935 (for details, see Li Chi). Liang spent most of 1936 digging at the Lungshan culture site in Liang-ch'eng-chen, Shantung, and supervising the excavation at Hsiao-t"un, Anyang.

After the Sino-Japanese war broke out in July 1937, Liang Ssu-yung helped evacuate the institute of history and philology and its records to Changsha, Kweilin, Kunming, and finally to Lichuang, a village in Nanch'i, Szechwan. Liang's strenuous activities during the war undermined his health, and in the early summer of 1941 he contracted tuberculosis. Thereafter, he was bedridden most of the time. In 1945 he underwent a major operation for the removal of several ribs. He went to Peiping in 1946 for an extended period of convalescence. In recognition of his contribution to Chinese archaeology, he was elected a fellow of the Academia Sinica. When the civil war between the Nationalists and the Chinese Communists approached its climax in 1949 and the institute of history and philology was evacuated to Taiwan, Liang chose to remain in Peiping.

In August 1950 the Central People's Government at Peking established the Chinese Academy of Science, with Liang Ssu-yung as deputy director of the research institute of archaeolog". Despite his poor health 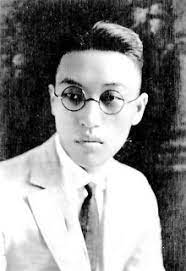