Li Kuang-ch'ien (1894-2 June 1967), known as K. C. Lee, Fukienese entrepreneur who became a multi-millionaire in Singapore. His many business and financial interests in Singapore, Malaya, Thailand, and Indonesia included the Lee Rubber Company, which controlled about one-eighth of the total world trade in natural rubber in the 1950's.

Nanan, Fukien, was the birthplace of K. C. Lee. In the late 1890's his father, Li Kuochuan, moved to Singapore to establish a business, leaving him in Nanan for elementary training in the Chinese classics. He joined his father in Singapore in 1904, and thereafter he attended both English schools and Chinese schools with modern curricula. In 1908 he went to Nanking on a Ch'ing government scholarship to study at the Chinan School, which had been established, to provide advanced education for overseas Chinese students. After graduation, he became a scholarship student at T'ang-shan Engineering College, near Tientsin. However, his studies were interrupted by the republican revolution of 1911, and he returned to Singapore.

After spending five years in the Singapore civil service as a student surveyor, K. C. Lee decided to enter the rubber manufacturing business, which was booming as a result of the First World War. He joined the staff of the rubber company that had been established in 1915 by Tan Kah Kee (Ch'en Chia-keng, q.v.). Tan, who was greatly impressed by K. C. Lee's character and talents, arranged the marriage of his eldest daughter, Alice Tan (Tan Ah Lay) to Lee in 1920 and appointed him general manager of his Singapore enterprises. In 1927 K. C. Lee founded the Lee Rubber Company. By 1939 he had established companies in Indonesia and Thailand and had helped effect the merger of the Chinese Commercial Bank, the Ho Hung Bank, and the Overseas Chinese Bank to form the Overseas- Chinese Banking Corporation, of which he became chairman in 1938. In the meantime, Tan Kah Kee's economic position waned because of the fire which had destroyed his main rubber plant in 1928 and because of the world economic depression, which struck Malaya's speculative rubber business in 192930. His enterprises were liquidated in 1934, but Lee bought some of his interests so that they would remain in the family. Lee also made a large donation to Tan's beloved Amoy University. Tan had been the sole supporter of the university since its creation in 1921 ; and it was only because of the donations made by K. C. Lee and Tan's relative Tan Lark Sye that .Amoy University was able to continue operations until the Chinese ministry of education assumed responsibility for its finances in 1937. Lee's succession to Tan's economic position in Singapore was marked by his election to the chairmanship of the Singapore Chinese Chamber of Commerce in 1939 for a two-year term.

K. C. Lee went to the United States in 1941 as a member of a delegation which was sent to Washington, D.C., to discuss the maintenance of rubber supplies to the United States from Eastern Asia. When the War in the Pacific began, Li decided to remain in the United States. He established residence in New York, where he lectured at Columbia University and acted as a consultant on economic affairs. He returned to Singapore after the war and began to reconstruct his enterprises. Although most of his Malayan and Indonesian factories and their equipment had been destroyed during the Japanese occupation, he managed to restore them to full operation by 1948.

By the mid-1950's K. C. Lee controlled about one-eighth of total world trade in natural rubber. He owned such enterprises as the Lee Rubber Company, with about 15 factories; the Lee Rubber Estates, which totaled about 18,500 acres; the Lee Pineapple Company; the Lee Sawmills; the Lee Oilmills, which processed palm oil; Lee Biscuits; the Lee Printing Company; and the Lee Produce Company. His foreign holdings included the Hok Tong Company, established in Indonesia in 1932; the Siam Paktai Company, which began operations in Thailand in 1934; and the South Asia Corporation, which was organized in New York in 1938. In addition, Lee was either a controlling or a major shareholder in such public corporations as the Overseas Chinese Bank and Association, the Great Eastern Life Assurance Company (a joint Sino-European enterprise;, the Eraser and Neane Corporation, the Sime, Darby Company, and the Straits Times Corporation. In sum, he became by far the most important Chinese entrepreneur and investor in Southeast Asia.

Although K. C. Lee usually sought to avoid publicity, he took an active part in community and educational activities in Singapore. From 1939 to 1954 he was president of the Chinese Swimming Club, an important position because Asians were excluded from European recreational facilities and the creation and maintenance of facilities equal to those of the most exclusive European ones became a matter of honor among Singapore Chinese. From 1931 to 1957 he served as chairman of the management Committee of the Singapore Chinese High School, which became one of the best and most modern private high schools in Southeast Asia, although it sometimes drew criticism as a center of radical student activity. Lee's contributions to educational institutions, either directly or through the Lee Foundations, amounted to millions of dollars. In 1958 he assumed the chairmanship of the Singapore Council of Social Service, the central organization for directing and coordinating social service, charity, and relief work in Singapore. A citizen of the State of Singapore, he supported the efforts of the Singapore government to promote the Malayanization of the Chinese residents of the area. In 1961 the Singapore government and the Federation of Alalaya agreed to change the name of the University of Malaya, at Singapore, to the University of Singapore, paving the way for the establishment of the National University of Malaya at Kuala Lumpur. K. C. Lee was named as the first chancellor of the University of Singapore on 25 January 1962, and he formally assumed office on 12 June. In November 1965 he resigned because of ill health. He died in Singapore on 2 June 1967.

Throughout his life, K. C. Lee lived quietly and modestly, earning a well-deserved reputation as a hard and serious worker who was more interested in the processes of business than in money. He had three sons, Seng Gee, Seng Tee, and Seng Wee, and three daughters, Siok Kheng, Siok Tin, and Siok Chee. Seng Gee, who became managing director of the Lee Rubber Company, and Seng Tee, who became managing director of the Lee Pineapple Company, were graduates of the University of Pennsylvania. Seng Wee, a graduate of the University of Ontario who majored in electrical engineering and economics, became a director of the Lee Rubber Company. Siok Kheng, a graduate in medicine of the University of Melbourne, became a doctor at the general hospital in Singapore; Siok Tin became a teacher at the University of Singapore; and Siok Chee, a graduate of Teachers College, Columbia University, became a lecturer at Nanyang University in Singapore. K. C. Lee's younger brother George Lee Giok Eng (1898-) owned and controlled George Lee Motors and Nanyang Printers, which owned several important newspapers in Southeast Asia. 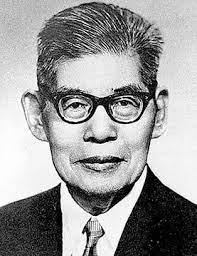