Li Fang-kuei (20 August 1902-), anthropologist and linguist whose scholarly interests ranged from the study of Archaic and Ancient Chinese to the languages and cultures of American Indian tribes.

Although his native place was Hsiyang, Shansi, Li Fang-kuei was born in Canton. He was the fifth child of Li Kuang-yü, an expectant taot'ai who had received the chin-shih degree in 1880. When Li Kuang-yü retired to Shansi in 1910, he left his wife, nee Ho Chao-ying, in Peking to supervise the education of their children. In 1915, after several years of elementary school supplemented by private tutoring, Li Fang-kuei entered the Shih-ta fu chung [normal university middle school], where he soon demonstrated exceptional ability in all subjects. Upon graduation, Li passed the Tsinghua College entrance examinations and enrolled in its pre-medical program. In 1924 his outstanding academic record at Tsinghua won him a fellowship for advanced study in the United States.

Li enrolled at the University of Michigan in the autumn of 1924. Because Latin and German had fascinated him as a pre-medical student, he decided to change his field of concentration to linguistics. He was elected to Phi Beta Kappa and was graduated magna cum laude in June 1926. That autumn, he began graduate work in linguistics at the University of Chicago, where he studied under the eminent linguists Edward Sapir and Leonard Bloomfield. Li made significant contributions to the study of American Indian languages, applying the theories and modern techniques of descriptive linguistics to this almost untouched field. He received the M.A. degree in 1927 and the Ph.D. in 1928. His Master's thesis, "A Study of Sarcee Verb Stems," was published in the International Journal of American Linguistics in June 1930, and his dissertation, "Mattole, an Athabaskan Language," became an indispensable reference for the study of Athabaskan linguistics. After spending the academic year 1928-29 at Harvard University as a Harvard- Yenching fellow, he returned to China on a Social Science Research Council fellowship to study Chinese dialects.

In 1929 Li joined the staff of the Academia Sinica's institute of history and philology, which included Y. R. Chao (Chao Yuen-ren), Fu Ssu-nien, Li Chi, and Ch'en Yin-k'o (qq.v.). Research on the island of Hainan led Li to the study of ancient phonology. The Swedish scholar Bernhard Karlgren had argued a few years earlier that all varieties of modern Chinese derive from a single T'ang prototype, which he called Ancient Chinese. In the course of his dialect studies, Li had discovered evidence that contradicted certain aspects of Karlgren's reconstruction of this prototype. Beginning with "The Sources of the Ancient Chinese Vowel a" of 1932, he demonstrated his solid approach to Chinese historical phonologv' in a series of articles which appeared in the Academia Sinica's Bulletin of the Institute of History and Philolosy. Some of his criticisms of Karlgren's theory were accepted by Karlgren himself. In 1935 Li and Y. R. Chao did pioneering field work in Kwangtung, Kwangsi, and Hunan, recording and investigating dialects. Li also worked with Y. R. Chao and Lo Ch'ang-p'ei (q.v.) on a Chinese translation of Karlgren's monumental work, Etudes sur la phonologie chinoise, which was published in 1940 under the title Chung-kuo yin-yUn-hsueh yen-chiu. Li Fang-kuei moved from his study of Ancient Chinese to a consideration of Archaic Chinese, Karlgren's term for the language of the Shih ching [book of odes]. He then began an investigation of non-Chinese languages of the Sino-Tibetan family to provide more external evidence to substantiate his reconstruction of Archaic Chinese. As early as 1929 he had studied such languages on Hainan, and in 1933 he had spent three months in Thailand studying Tai languages. His 1935 investigations in Kwangsi had included studies of non-Chinese dialects, and in 1936 he had studied the Pai-yu dialect.

Li Fang-kuei's field work was interrupted in 1937 when he went to the United States to spend two years at Yale University as a visiting professor. After returning to China, he spent 1940-45 investigating non-Chinese languages in Yunnan, Kweichow, and Szechwan. During this period he collected a vast amount of data, more than could be analyzed at the time. His monographs The Tai Dialect of Lungchow and Notes on the Mak Languages appeared in 1 940 and 1943, respectively. Li also found time to serve as visiting professor of Chinese linguistics at Yenching University from 1944 to 1946. In the autumn of 1946 Li Fang-kuei went to the United States as a visiting lecturer in Chinese linguistics at Harvard University. In 1948 he left Harvard to assume a similar post at Yale. The following year he moved to the University of Washington at Seattle, and in 1950 he became a permanent member of the Washington faculty. He also became vice president of the Linguistic Society of America (1950) and an associate editor of the International Journal of American Linguistics.

Li's departure from China did not disrupt his scholarly activities in comparative Tai, Chinese, Tibetan, and American Indian languages. He resumed his inquiries into Athabaskan linguistics and wrote such articles as "Some Problems in Comparative Athabaskan," which appeared in the Canadian Journal of Linguistics in 1965. His writings on Tibetan included "The Study of Sino-Tibetan Languages," which was published in K'o-hsueh chi-k'an in 1951; "Tibetan Globa-'dring," which appeared in the 1959 volume Studia Serica Bernard Karlgren Dedicata; and "A Sino-Tibetan Glossary from Tun-huang," published in the T'oung Pao in 1963. Li fostered Tibetan studies at the University of Washington and invited a number of Tibetan refugees to participate in the university's program, thus creating a center of Tibetology in Seattle. The majority of Li's publications were in the area of comparative Tai studies, with special concentration on Tai, Kam-sui, and T'en. His researches into these languages and the related Mak language indicated that they had branched off from Tai. With this relationship as a basis, Li reconstructed the tones of Ancient Tai, demonstrated their close resemblance to the tones of Ancient Chinese, and suggested that other over-all resemblances between the two languages could be established. Although Li published little on Chinese linguistics after 1946, all of his research was relevant to his work toward the reconstruction of Archaic Chinese. For example, "Some Fundamental Ideas of Chinese Grammar," which appeared in the Memoir of the Tenth Anniversary of Taiwan National University (1956), showed how the resuhs of comparative studies could be used in solving problems of reconstruction. Li married Hsü Ving, a daughter of Hsü Shu-cheng (q.v.), on 21 August 1932. One son, Peter, and two daughters, Lindy and Anne, were born to them. 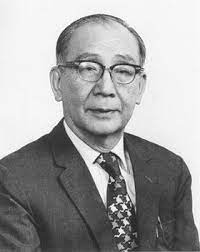