K'ung Te-ch'eng (22 February 1920-28 October 2008), the seventy-seventh lineal descendant of Confucius. A scholar, he held office in the National Government as officer in charge of making sacrifices to Confucius. In Taiwan, he directed the Joint Administration of the National Palace and
Central Museums in 1950-63.

The seventy-seventh lineal descendant of Confucius, K'ung Te-ch'eng, was born in Ch'üfu, Shantung, three months after the death of his father, K'ung Ling-i (1872-1919). At his death, K'ung Ling-i had two daughters, but he had no son to inherit the title of Yen-sheng kung [holy duke] . The fate of the 900-year-old title depended on the sex of the child that Ku's wife, nee Wang, was carrying. Hsü Shih-ch'ang, who held the presidency at Peking, sent Ch'ü Ying-kuang, the governor of Shantung, to Ch'ufu to supervise the birth. K'ung Te-ch'eng's arrival was greeted by a city-wide celebration. Because his mother died 17 days after his birth, he was raised by his father's secondary wife, nee T'ao. In accordance with tradition, the young Yen-sheng kung received his education from private tutors. His first tutor, Wang Tzu-ying, assumed responsibility for K'ung's upbringing after his stepmother died in 1929. K'ung later received instruction from Lü Chin-shou. Because his education was confined to the study of the Chinese classics, K'ung was unaware of and unaffected by the many literary, cultural, and political upheavals that took place in China during his childhood.

In March 1934 Chiang Kai-shek launched the New Life Movement, which emphasized moral reform through a return to traditional Chinese virtues. On 31 May, the standing committee of the Kuomintang's Central Executive Committee designated 28 September as the official birthday anniversary of Confucius, and the National Government sent Yeh Ch'uts'ang (q.v.) to Ch'ufu to offer sacrifices during the nation-wide observances. Respect for Confucius was demonstrated once again in September, when the Central Executive Committee adopted the section on universal justice in the Li-yün chapter of the Li-chi [book of rites] as the official song dedicated to the memory of Confucius.

K'ung Te-ch'eng's life was directly affected by this Confucian revival in the spring of 1935, when the National Government decided to abolish his hereditary title and create the new rank and position of officer in charge of making sacrifices to Confucius, the Great Sage. On 8 July, K'ung, then only 15 sui, assumed his new post at Nanking. After the Sino-Japanese war began in 1937, K'ung Te-ch'eng moved with the National Government to the wartime capital of Chungking, where he was appointed to the People's Political Council in 1938. K'ung was exposed to modern scholarship at Chungking, and he devoted most of his time to study and to discussion with other scholars. He became a devout Buddhist and rejected the idea that Confucianism is a religion.

In May 1946, the war having ended, he followed the National Government back to Nanking and then went home to Ch'ufu. In 1948 he went to the United States on a National Government scholarship and spent a year in New Haven as an honorary research fellow of Yale University. After returning to China in March 1949 he gave anti- Communist lectures in Canton, Hong Kong, and Macao, urging the Chinese people to revive the traditional Confucian spirit of morality. He gave these lectures at the behest of Han (Hang) Li-wu, the minister of education.

K'ung Te-ch'eng moved to Taiwan in 1950, where he taught at National Taiwan University, Taiwan Provincial Normal University, and Taiwan Provincial Chunghsiu University and served as director of the Joint Administration of the National Palace and Central Museums. He published Li-chi shih-i [interpretations of Li-chi] and did research on bronze inscriptions of the Shang and Chou dynasties. He also continued to serve in his official capacity as officer in charge of making sacrifices to Confucius. In 1957 he gave a series of lectures in Japan under the sponsorship of the Morality and Science Research Institute of Japan. He was received by the Japanese people with great respect and was made an honorary citizen of Tokyo.

The following year, he traveled to South Viet Nam at the invitation of the Vietnamese Confucian Society and lectured in Saigon and other cities. He and President Ngo Dinh Diem discussed the idea of reviving Confucian ethics to strengthen anti-Communist spirit. K'ung received an honorary degree from a university in Seoul, South Korea, in 1959. He lectured in Seoul and met with President Syngmann Rhee. In 1961 and 1962 ancient Chinese art objects from the collections under K'ung's care were exhibited in Washington, New York, Chicago, and San Francisco. He resigned from the Joint Administration of the National Palace and Central Museums in 1963, but the ministry of education did not accept his resignation until 1964. 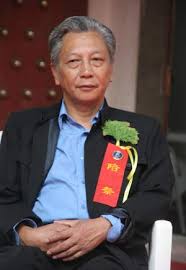